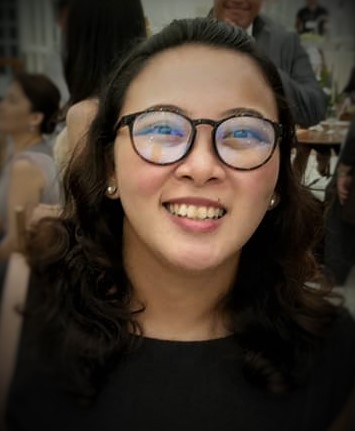 Sam Go from the Philippines senses God's call to serve him in Japan. Let's help her achieve her goal.

Sam grew up a few hours north of Manila in a diverse community of people surrounded by Tagalog, English and Hokkien. Living in the Philippines as a minority, she learned to adjust to different cultures at a very young age. She grew up in a Christian home where her parents modeled a love for Christ through prayer, reading the Word, and being active in the church, but it wasn’t until high school that Sam fully gave her life to Christ.

After graduating from the University of Asia and the Pacific with a Bachelor’s degree in Industrial Economics, Samantha felt that the Lord was prompting her to be involved in God’s global mission. Even though she felt that the Lord was leading her in this she felt inadequate and questioned if she was qualified to be a missionary. In 2011, Sam started volunteering at the Philippines Center of OMF International where she continued to grow in her understanding of God’s heart for the nations. The following year, Samantha was asked to take on the role of short-term sending coordinator for OMF International-Philippines. For nearly 8 years now, Samantha has been faithfully preparing and sending out numerous fellow Filipinos to share the love of Christ with different people groups scattered across East Asia.

In the midst of training and sending out Filipino believers, Samantha has been diligent in her own studies as well. She has been going to school part-time while working for OMF International and she will graduate with a Masters of Divinity with an emphasis in Counseling from Asian Theological Seminary in the spring of 2020.

About 5 years ago, Samantha had the privilege of going on her own 3-month mission trip to Japan and God has placed the needs of Japan on her heart ever since. Over the last few years she has been able to share about the spiritual needs of the Japanese people with several churches in the Philippines and she is now preparing to move to Japan in the summer of 2020.

Once her support is completed, Samantha will spend the next three years serving in Japan. She plans to continue her Japanese studies once she arrives and she hopes to use her background in counseling to bring lasting hope to the people in Japan. She plans to journey with Japanese students and young adults with the hope of them knowing Christ and living out true discipleship. It may not be an easy task but she is trusting that God’s grace and generosity will be with her every step of the way.